Despite new research, the views of psychiatry on the subject of SM, Fetishism and Fetishistic transvestism, have hardly changed in the last 100 years.

Leather people have been considered healthy the last ten years by most researchers, by US psychiatrists, and by the health authorities of Denmark and Sweden. Despite this fact, Fetishism, Fetishistic transvestism and Sadomasochism are still branded as mental illnesses by the World Health Organization (WHO), in expectation of the next revison of WHO’s diagnostic manual ICD-10. This revision is going to start fall 2009/winter 2010.

Like the earlier diagnosis of Homosexuality that is no longer applied by the WHO, the SM and Fetish diagnoses are rarely used in clinical practice as a means to assist people. On the contrary the stigma attached to the diagnoses justifies various forms of harassment and discrimination of this sexual minority by the society. ReviseF65 can document that people are losing their jobs, the custody of their children etc., because of their SM-love, lifestyle and self-expression. Much of the discrimination is directly or indirectly a result of the diagnoses.

The Gay Movement more than 30 years ago considered it of fundamental importance to first delete the diagnosis of homosexuality from the International Classification of Diseases (ICD), before any further major human rights improvement was possible. If a group is considered mentally ill, very few people will listen to your arguments aiming at reducing prejudice in society.

ReviseF65 apply the same judgement today. We consider unscientic and stigmatising SM and Fetish-diagnoses as possibly one of the biggest obstacles to the acceptance of our human rights. Abolishing them is a very important step in the effort to reduce prejudices towards the SM-Leather-Fetish-population.

The pansexual ReviseF65 committee, located in Norway, sets focus on the lack of scientific basis for today’s diagnoses and tries to stimulate the building-up of an international activist and professional network to delete these diagnoses.

What can you do in your country?

As with the earlier diagnosis of Homosexuality; the more countries that drop their national SM and Fetish diagnoses, the greater is the possibility that the World Health Organization will follow suit. National ICD-diagnoses can only be abolished by groups in each country. This work must be done by the SM-Leather-Fetish-movement itself. Don’t expect anybody to fight for your freedom from such discrimination, if you don’t do it yourself.

The initiative of individuals is always very welcome, but the formation of local and national working parties would be even more effective in approaching the mental health professionals in question.

We think that the strategy should be determined either locally or nationally, depending on the professional and political situation in each country.

Support to the ICD project

The Revise F65 project was established on the initiative of the 1996 and 1998 National Conventions of the Norwegian National Association for Lesbian and Gay Liberation (LLH).

The 21st European Conference of ILGA in Pisa, October 1999, decided to support the Revise F65 project and ask the Board to assist by giving access to channels of information.

The General Assembly of the ECMC in Milano, August 2000 adopted a motion establishing a project group with the same mandate.

Boards of the Norwegian Association of Gay and Lesbian Physicians HLLF (right), and the Norwegian Society for Clinical Sexology NFKS (left), decided to support the Revise F65 efforts in 2003.

Organizations involved
The Revise F65 project group consists of SM/Leather/Fetish men and women representing organizations of leather and SM gays, – lesbians, bi- and heterosexuals, as well as professionals in sexology, psychology and psychiatry. 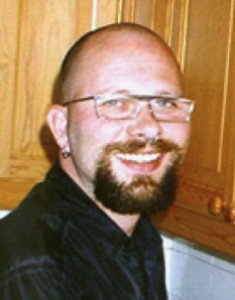