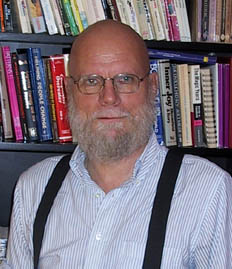 The Norwegian psychologist and sexologist Odd Reiersøl in this article makes an argument for abolishing the diagnoses of fetishism, fetishistic transvestism and sadomasochism from ICD-10, The International Classification of Diseases, version 10.

In this paper I write mainly about SM, but since so many professionals talk about generalized “paraphilias” or about fetishism as being closely linked to SM, I will throughout the article make references to “fetishism”. I will make an argument for abolishing the diagnoses of “fetishism”, “fetishistic transvestism” and “sadomasochism”. I am mostly using the pronoun “he” rather than “she”, because there is still more knowledge about male “paraphilia”. It does not mean that I want to exclude women from my discussions.

Traditional viewpoints typically state that SM is a “perversion” where people take pleasure in sexual activities that inflict pain and/or humiliation. The person who gets sexually aroused by inflicting pain/humiliation is labeled a “sadist”. The person who becomes sexually aroused by receiving painful/humiliating stimuli is labeled a “masochist”. The word “perversion” was originally used within legal terminology; a more modern psychiatric equivalent is “paraphilia” or “sexual deviation”(DSM-IV, ICD-10).

Since “Sadomasochism” for so many people carries connotations of violence, it may be better to use a different term, for example DS (Dominance and Submission), but it is difficult to change established terminology.

What kind of people practice SM?

The traditional viewpoints a hundred years ago state that these people are immoral, sick or degenerated. The viewpoints typically don’t distinguish between violence and consensual games. Psychiatric data was used to prove the viewpoints.

For example William Stekel (Stekel, 1930), a well-known psychiatrist and psychoanalyst, wrote a book about psychiatric case histories of fetishism and SM. These were truly desperate people, several of them in conflict with the law. His viewpoints were taken from these “cases”.

It is worth noting that traditional clerical views condemned all types of sexual activity that did not occur between a married man and woman, and sexual activity needed to have procreation as its purpose to be acceptable. Any kind of sex that was not an intercourse in the missionary position (the man on top!) between a married man and woman was considered “perverse”.

It was not until the 1970’s that social scientists tried to conduct objective studies of these sexual phenomena (although Kinsey had a few questions about pain inflicting activities, such as biting, in his famous study from the 1950’s). One of the first studies was conducted by Spengler (1977). A questionnaire was sent to advertisers in SM contact magazines and to members of SM clubs. Moser and Levitt (Weinberg, 1995) did a more extensive study a couple of years later also based on questionnaires. Robert Stoller (Stoller, 1991) used an “ethnographic” method for interviewing SM practitioners in the 1980’s.

These studies indicate that SM practitioners are very different as people. Many of them are very highly functional in society, well respected, with high education. There is no reason to believe that there is a higher prevalence of psychoses or personality disorders than in the general population.

What makes people develop a strong interest or preference for SM?

Even if psychiatrists and psychologists have traditionally been overly preoccupied with “etiology”, I think it is interesting to raise the question about the history of a preference or a strong interest. I often find people wonder about: “Why am I the one I am?”

In psychoanalytic thinking “sadism” is often understood as a primary and “masochism” a secondary reaction to trauma. “Masochism” is secondary in the sense that the “sadism” is directed inward, against oneself. If a child has a mother who denies him satisfaction of needs, he might as a grown up seek revenge in sadistic fantasies and possibly act them out sexually against women. “Oral”, “anal” and “phallic” sadism has been postulated. Thus revenge may come as a result of the castration anxiety from the Oedipal (“phallic”) stage. The Oedipal conflict may alternatively result directly in submission (thereby masochism) as an escape strategy. He “lets go” by giving up.

The repetition compulsion has a prominent place in psychoanalytic thinking. “SM people” need to recreate an old traumatic scenario in an attempt to resolve in the here and now what was impossible to solve back then. If, for example, the child got spanked by his mother, he might need to repeat that scenario by having his girlfriend do the same to him as an adult. Or he may attempt a reversal of the situation by spanking his girlfriend.

There are numerous explanations among psychoanalytically oriented professionals (perhaps as many explanations as there are professionals). Another popular one is about expiation: “Since I have sinned (by being sexual), I am bad and need punishment”. In this case “masochism” seems to be the primary reaction, “sadism” will be a projection and the sadist punishes the other instead of himself.

It seems that Freud had a broad view on SM in the sense that he acknowledged a continuum of states from “normally” to “extremely” sadistic and the same for masochistic persons. He associated men with the outgoing, assertive, dominating, “sadistic” type of sexuality and women with the receptive, submissive, “masochistic” type. It’s only when these normal impulses become exaggerated, that the person becomes “perverse”. Freud also looked upon fetishism as a “primary” perversion, which means that SM somehow has fetishism as a basis. It is also worth noting that Freud at first thought that sadism was the primary force (in relation to masochism), but later came to believe that masochism came first.

We also have to be aware that the words “sadism” and “masochism” are used in different (from sexual) ways within psychoanalytically oriented thinking. For example, Wilhelm Reich (Reich, 1945) talked about sadistic and masochistic “character structures”. These are ways of characterizing people’s personalities and do not necessarily have to do with sexuality.

Robert Stoller, a psychiatrist and psychoanalyst, shares traditional psychoanalytic viewpoints in the sense that conflicts from childhood contribute to the “etiology”. He is otherwise untraditional because he stresses the genetic makeup as well as other biological factors and cultural factors as important contributions. He criticizes psychoanalysis of being dogmatic, of not being interested in investigating the phenomena in real life. “Psychoanalytic theories that start by calling perverse people borderline, prepsychotic and so on do not do justice either to the massive areas of successful function present in many perverse people or to the massive areas of pathology present in those whom we do not label perverse” (in his book from 1991 he atypically uses the word “perversion” instead of “paraphilia”). Stoller draws more or less the following conclusions from his ethnographic investigations from the 1980’s as well as from other research as far as causes and dynamics go:

Men have a propensity for fetishizing (by “fetishizing” Stoller describes a phenomenon that I would rather call “objectifying”) “that is, reducing one’s appreciation of another to anatomy only, or less (that fundamental dynamic of perversion) in contrast to the opposite desire in women for relationship, intimacy, and constancy.” He assumes that the phylogenetic evolution is responsible for these gender differences. He acknowledges, though, that the gender differences may be explained culturally.

“… postnatal hard-wiring induced by the environment is laid on the genetic and constitutional hard-wiring present at birth” (fixing, related to “imprinting”)

Culture is a source of conscience, for example: “.. when the medieval church accepted flagellation as a pious act, masochists had a wondrous, more-or-less guilt-free route to ecstasy that today’s church has blocked through its knowledge of perverse masochism”.